A Week Out Of NYC - Shooting Speedlights in Denver With Danielle

I spent the week traveling for work so there were definitely a lack of posts - apologies. I was back out for three of the tour dates with Lindsay and Lou on the Look Fabulous Tour - We hit three cities in 5 days. Seattle, Denver, and Minneapolis. I had a great time in Seattle and Denver and got to shoot a little bit. While in Denver I met a local model that was modeling for the workshop and we decided to take advantage of Lindsay's cool wardrobe (YES - I know you've seen this dress before) Danielle Graves is young (18) but had a gravatas to her that made her seem a bit older (in a good way)

These shots were shot with a single bare speedlight due to some very windy conditions. I wish I would have had at least one more light with me or better yet an assistant with a reflector etc. The wind made even a small modifier impractical without sandbags or an assistant.

We were not in downtown Denver so the backgrounds weren't the greatest. We had a hotel parking lot and the street to deal with for the environmental portraits I was looking for. Given all the issues Danielle was a pleasure to work with and she helped me create some very fun images. 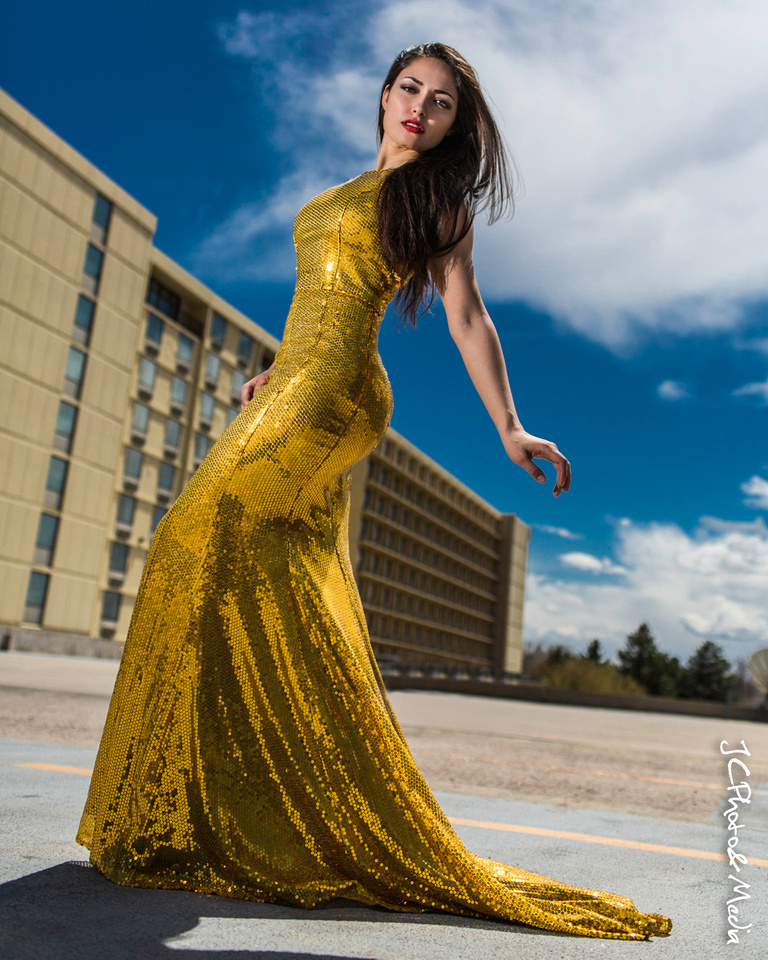 More from some of the other models on tour to follow....