Sometimes (most of the time) I have an awesome job. This week i had a friend at a local news outlet request that I help out with some lighting for the New York Knicks media day. It was an interesting since he is a Canon shooter and I'm a Nikon shooter to see the difference in our files from the same lighting set up. Shooting wasn't my main goal - i was there to help my friend, and talk to other Nikon shooters... To show them the D850 and 105 1.4 in all of their perfection, and get a few images taken at the same time to show the abilities of the camera.

The first thing that was different about the day was using the Profoto B1's. I work for Nikon. I shoot Nikon. I use Nikon Speedlights because they give me the best bang for the buck so to speak when it comes to power vs size and cost. I love my speedlights and every photo you've seen from me up till now has been with my Nikon's. Due to the type of work we were doing at this event and the speed and power needs we decided that B1's would do the trick and boy did they. Easy to set up, use, and the quality of light was fantastic. Worked flawlessly.

The second thing that was odd about the day is that I wasn't the biggest guy in the room. Not close to it. It was slightly disconcerting. I've met people that were bigger than me but never in the numbers and consistency that i did during the day. One after another was at least my size if not bigger. When a big part of what defines you is that you are a yeti it can be odd to not be the biggest guy in the room.

Regardless of all this the Knicks were all very gracious and I left the room rooting for them. Shooting celebrities can easily go the other way where the behavior of the subject leaves you rooting for their failure. I really hope this year goes the way that the energy in the room felt.

Click on the image of Tim Hardaway Jr below to take you to the entire folder of images. 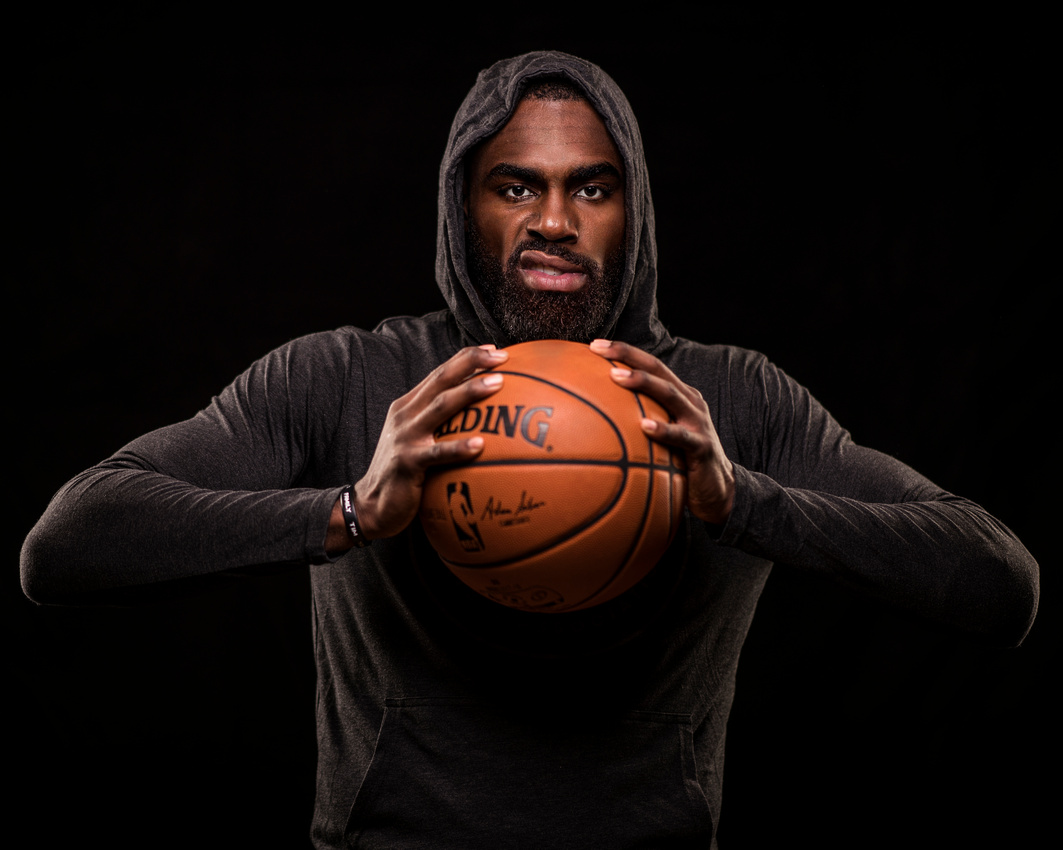