The Beach in Black and White with Stacy-Ann Fequiere

I'm not sure which one i have in abundance but there are very few feelings in life that are better than when you end up in the right place at the right time. My latest adventure in took me to the statue of Christ the Redeemer in Brazil. As luck would have it the statue was invisible in a thick pea soup of cloud cover. You could barely make out a ghost of the Christ statue but there were no details. I was short on time so i couldn't wait it out. Instead I broke out my SB-5000 and started making images of the people that I came to the sight with and doing my best to make lemonade out of the lemons that the flat light was giving me. As I laid on my back looking up trying to line up a shot of a fellow tourist Vin that I met on the bus I saw a slight break in the distance. A slash of color amongst the drab light. As a few more tourists moved I was able to see a cellphone being used for an image. I looked at my friend Julie from NPS Australia and said "GO GET HER! - Find out if she wants a real picture!"

A few moments of me holding my breath occurred while Julie approached the couple and then led them over. I snapped up and introduced myself.

"You've got a great look - are you cool with doing a few shots?"

"I've actually been looking for a photographer here..."

"Where are you from?" 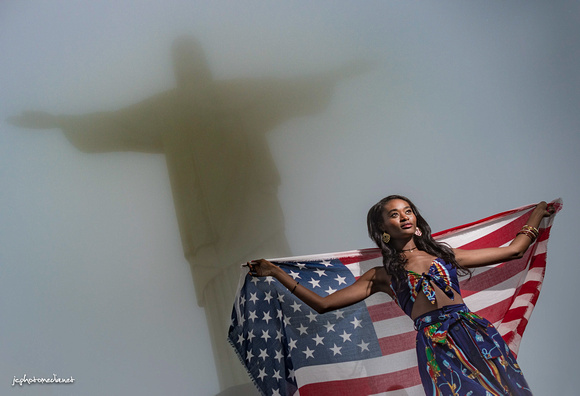 Jesus, Stacy, And The Flag

Not perfect but it will go down as one of my favorite images ever. It rescued what could have been a terrible end to an otherwise great day of sightseeing from being remembered instead for what I did not see. Having the speedlight with me made it possible. Once again I was happy that I take it everywhere. A few more pleasantries exchanged and we agree that we should shoot again either in Brazil or when we get back to NYC. Stacy-Ann gets in touch later - lets do this! I write back - no response. We are both on the road. We are both counting on Wifi for phone/internet/facebook etc. Few hours later we are both online and decide on Thursday. She is leaving Friday. I am leaving Saturday. Wednesday is a rainy stormy day. Thursday comes and the skies are clear but it is chilly. 60ish. I send an address based of the maps program on my iphone. We agree to meet at 10am. My friend/boss/voice activated light stand (in that order) Mark is drafted/volunteers to help out and do some behind the scenes shots. We get to the place. We wait. 10 minutes. 15 minutes. It was that same feeling you get waiting for a date to show. Finally i turn on my phone. Stacy turns on her phone. Maps had played a trick on us both sending her way down the beach because every life guard station apparently shares the same address on the beach.

We wait. She shows. The sun shines. We shoot for about an hour. Wind is whipping. Waves are crashing. Stacy is a rock star.

There are a ton of images to come but here are three monochromatic shots created with the Nikkor 24-70 2.8 VR and the D5

The wind wouldn't allow an umbrella. I didn't have a softbox. I exposed for a sky that was somewhat challenging and came to a 1/1000th at f 4. I stopped down a tad bit more when the time to shoot came as the clouds kept hiding and exposing the sun and during these images 1/1250th seemed right. When I get to post some of the other images I shot the shutter ranged from 1/1250 all the way to 1/8000th - wish I would have brought my battery packs to help keep up with Stacy and the Sun. 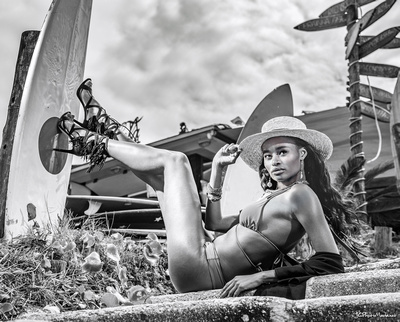 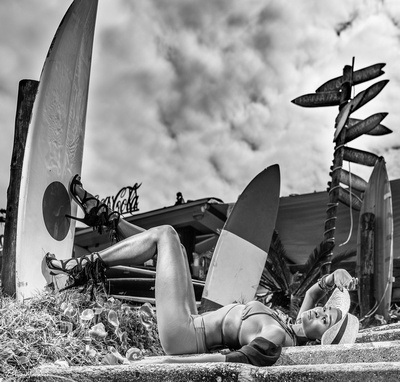 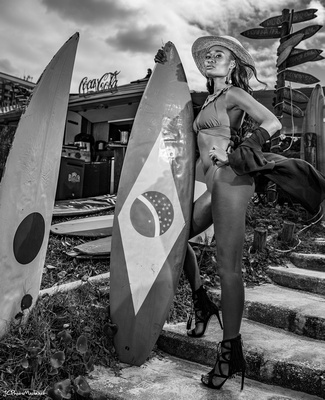 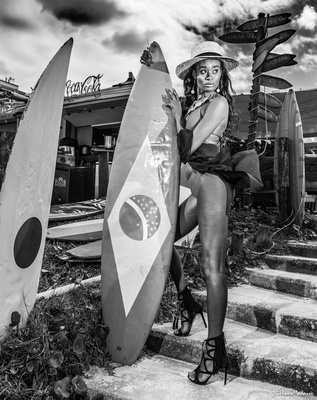 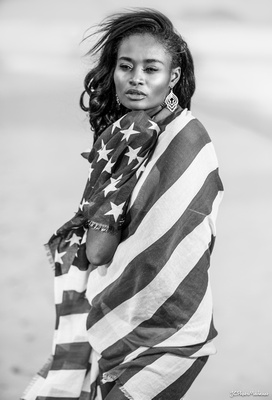 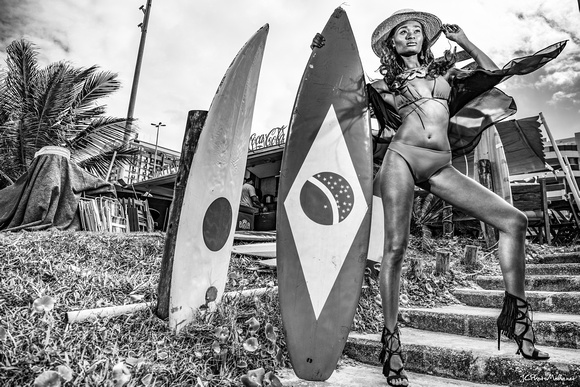 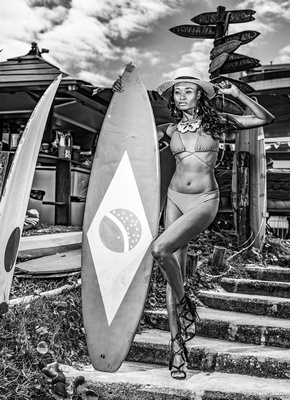