I've gone from a guy that never really shot sports to a guy that is shooting a bunch of them. The reason I never did was the usual - lack of access. That has changed a little bit and over the past month I've had the chance to shoot the NY Mets, the PGA Championship of Golf, and now the 2013 U.S. Open at Flushing Meadows. My main purpose at these events is to support the professional photographers that work at these events. Working for NPS I do this by loaning gear, arranging clean and checks of existing gear, and helping the pro's to use the gear that they have more effectively. One of my other goals is to learn how they are using the gear and testing the gear I have to see how it reacts in the situations that it's being used in.

The end of summer brought me 10 minutes from my new home into the embrace of the blue and green of flushing meadows and it has been amazing. Seeing the speed of the game live is different that on television and being next to the players gives you a true sense of how gifted with size and speed they are.

The images in this post are black and white shots from the Serena Williams vs Sloane Stephens match - more color images to follow in other posts.. 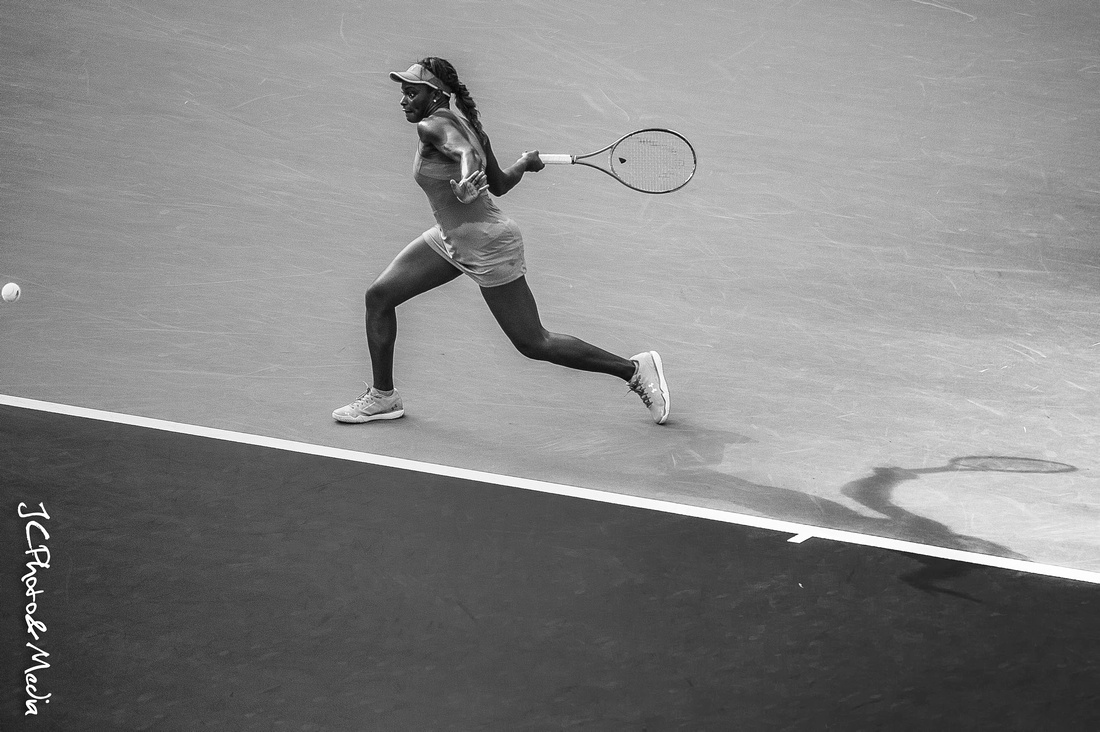 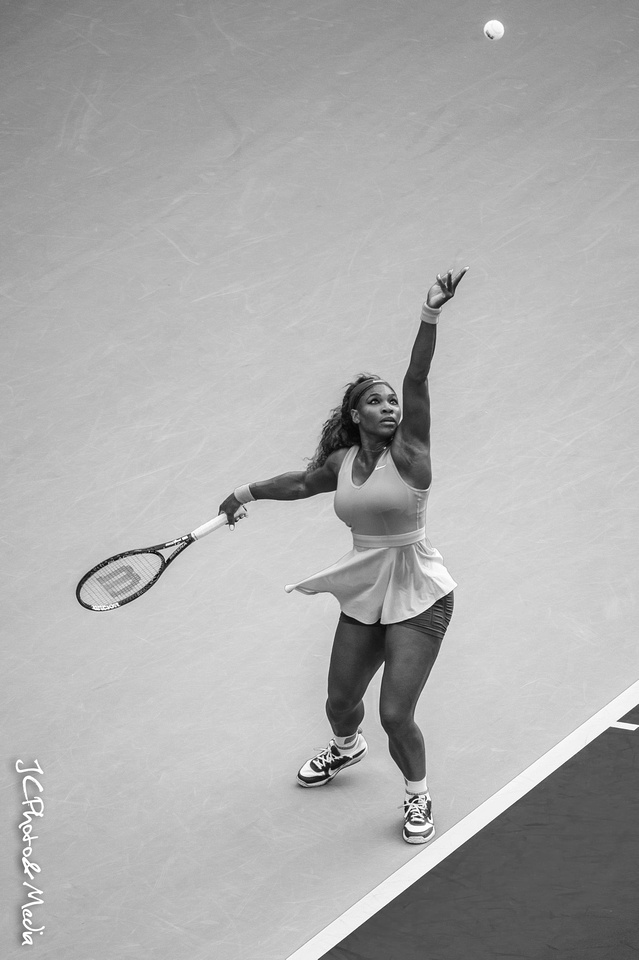 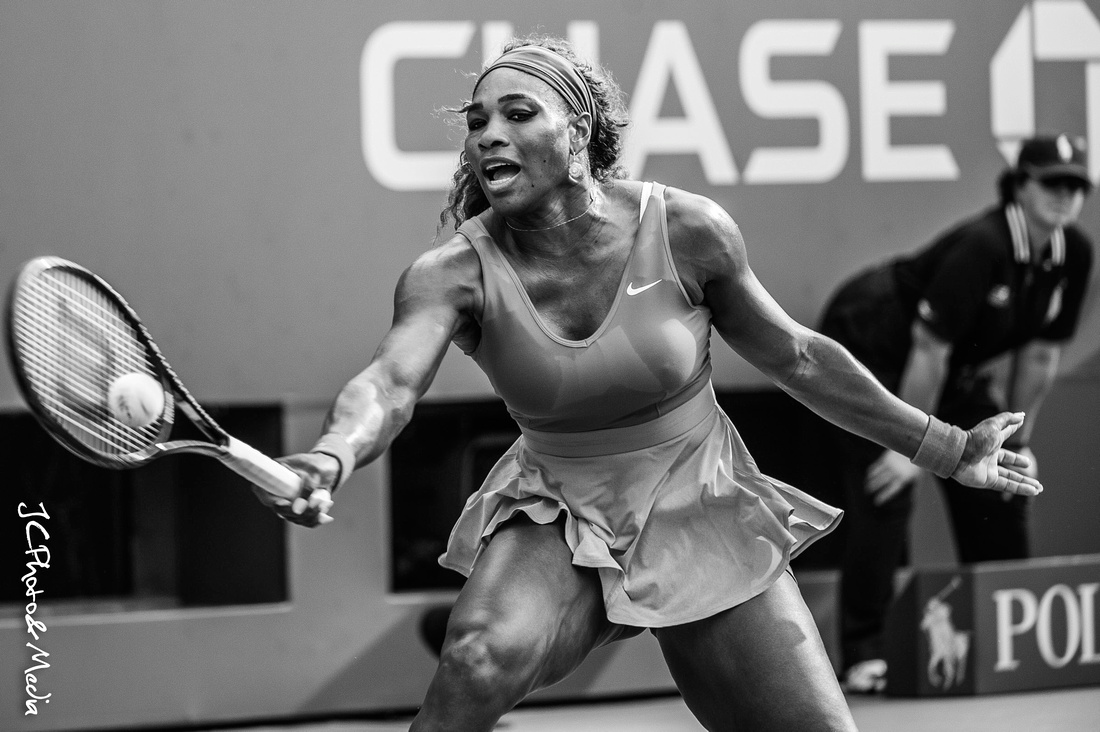 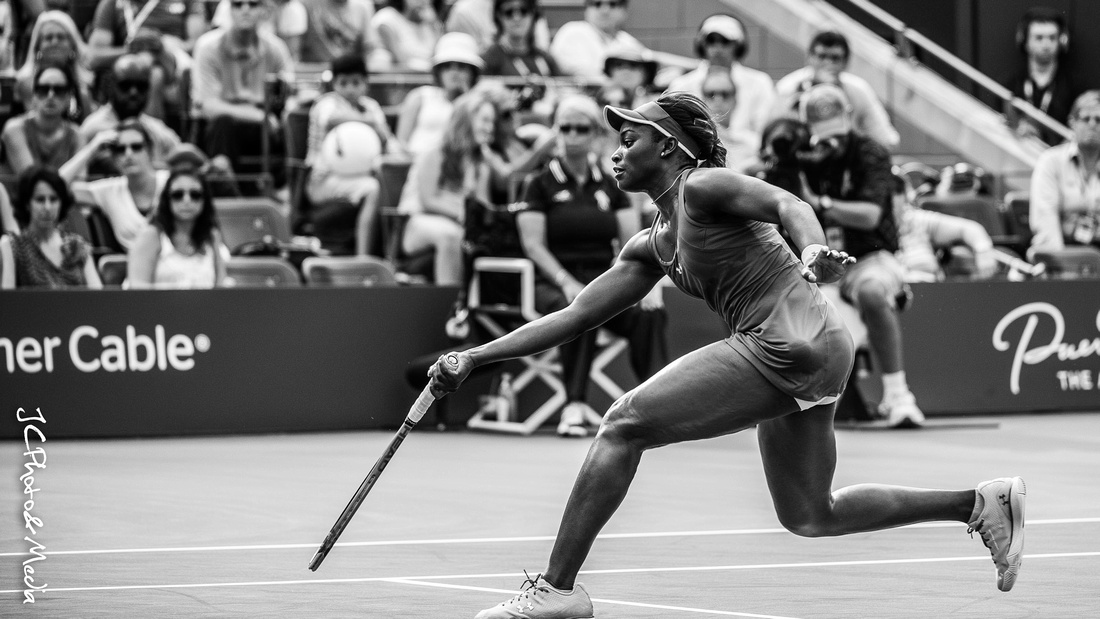