beauty and the beast

common theme in my work is juxtaposition. placing two things that don't go together in close proximity. sometimes it's a pretty outfit in a location where it doesn't fit. sometimes it's an outfit that is out of place in a certain locale. sometimes it's a tiny little model  arm wrestling a brute. add that the model is wearing a corset and that the brute is bare chested and that they are battling it out over a chess board in a public park and you have many of the elements that i use in some of my favorite images.

This image was posted before as part of collection of images. I like it enough that i wanted to give it a solo entry.

It's one of those times where in a perfect world I'd have used more than one light. It was cold (flurried, sleeted, and rained during the day), windy (meaning that setting up modifiers and flashes that were out of my reach was likely to result in a loss of equipment), and the sky was flat. 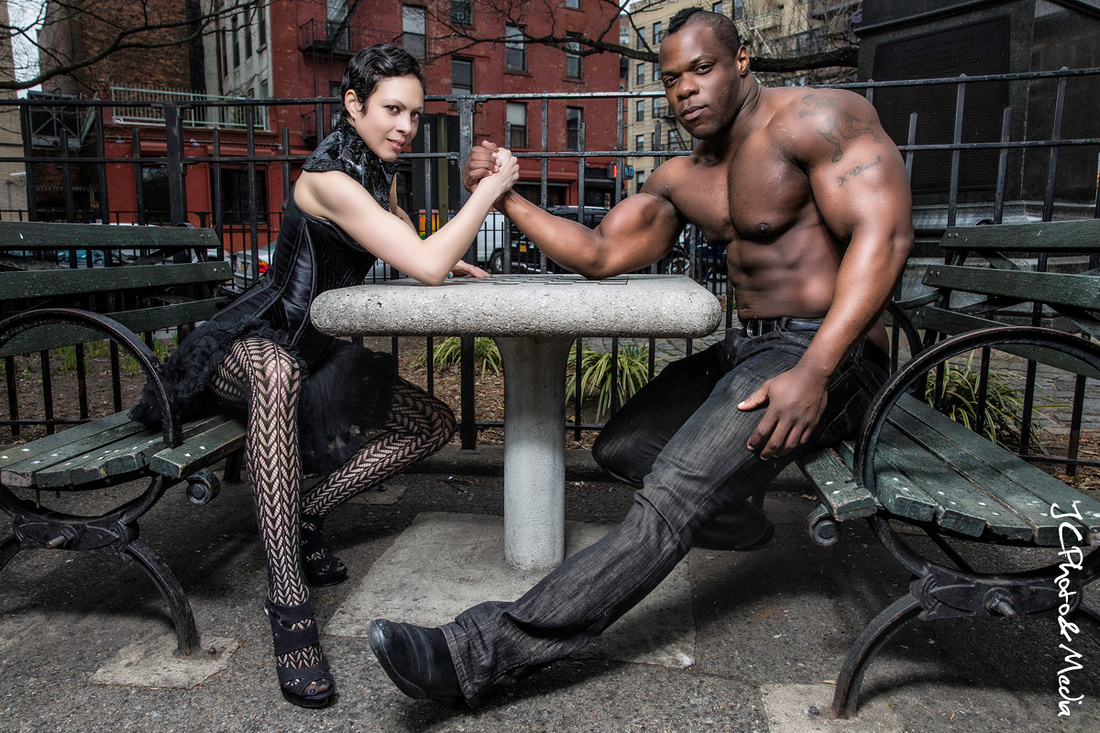